The village of Millers Falls was founded in the early 1800’s as a farm community by Martin Grout1. The community developed and prospered in the mid to late nineteenth century due to its opportune location at the juncture of major railroads and the cheap hydropower provided by the Millers River which fostered the growth of industry including the Millers Falls Company (hand-tool makers) and Millers Falls Paper Company.

While located on the Erving side of Millers River, the Millers Falls Company was the catalyst in the metamorphosis of Grout’s Corner into the village of the company’s namesake. The employer of most of the areas’ population, it provided a comfortable living for those fortunate enough to find work there.

The Millers River no longer plays the role that it once did in the economy of the village however, it does serve as an attractive visual component.

The architectural character of downtown Millers Falls is largely defined by the rebuilding campaign that followed the “great fire of 1895”. This fire destroyed all but one of the buildings that had previously accommodated Main Street businesses in the early years of the villages’ development. Millers Falls’ active trade and industry allowed for an almost immediate recovery and rebuilding of its commercial center. As a result, most of the historic structures existing on Main Street and Bridge Street today are of the late Victorian period, reflecting the post fire building campaign. The village continues to evolve through the efforts of a private developer.

Millers Falls has experienced a period of economic decline following the departure of the core industries. A major revitalization effort during the mid-1990s is largely grown from within the community. In 2018, the village begins to benefit from the development in new businesses. This coalesces the community and serves as an attraction for tourists travelling along the Connecticut River Scenic Farm Byway that travels through the states of Massachusetts, Vermont, and New Hampshire. Route 63 bisects the village.

Millers Falls Historic District is listed on the National Historic Register of Places. 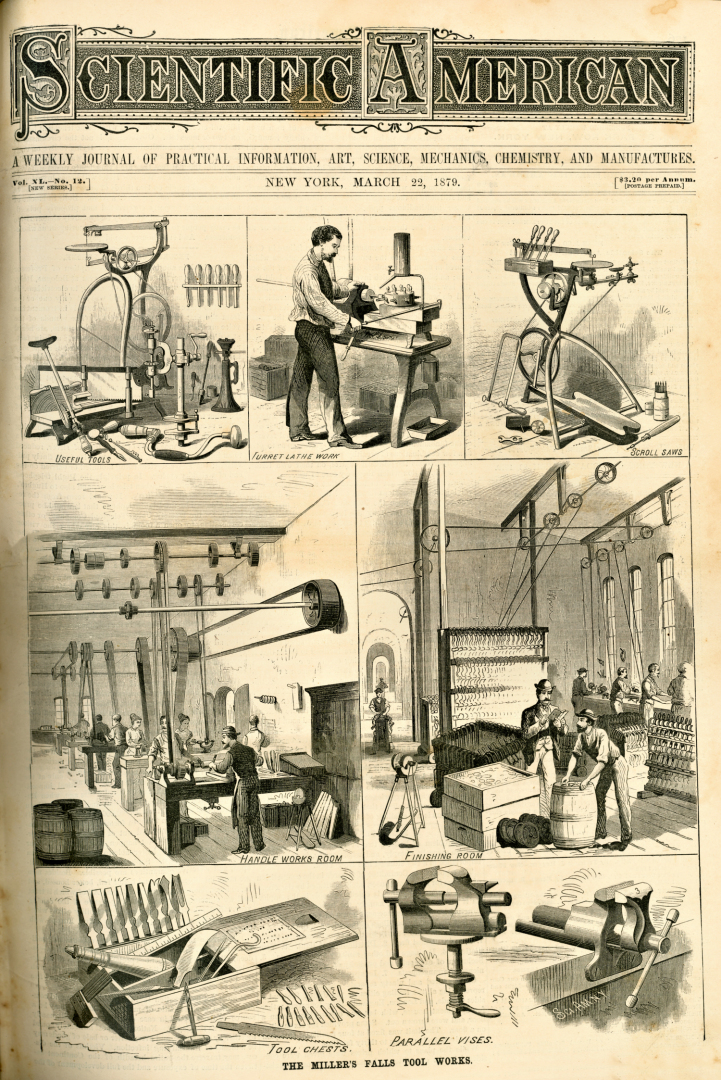 The Farren House at Turners Falls


View our other articles and films by month